Book Direct with the Owner at Lapstone Hotel in Blaxland with Tourism Bookings WA for all your restaurant and entertainment needs.

Blaxland is a growing community of approximately 10,000 people. It's interest lies namely in this history rather than it's buildings or monuments.

The Lapstone Hotel holds a piece of History in this Historic community.

The Old Lapstone Hotel was built in the 1930's at the RAAF Base Glenbrook, it was intended to catch passing traffic and to save hotel guests from disturbance. It has been part of the RAAF Base since 1928. It is currently the Officers Mess and has been restored and the new interior re-modelled, the outside remains the same. The entrance was moved from here during the widening of the Great Western Highway in 1980.

The Hotel is open 364 days a year with facilities that include ATM's, wheelchair access and baby change table. The Lapstone Hotel has Eftpos Facilities and accepts Mastercard, Visa, American Express and Diners.

Please enjoy our Hotel as much as we do. 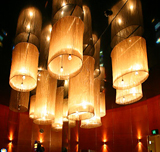 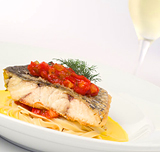 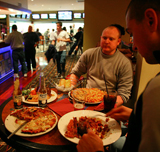 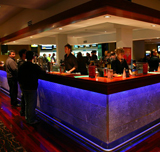 Tourism Bookings WA welcomes Lapstone Hotel in Blaxland NSW 2774, we provide a friendly relaxing restaurant and bar. Lapstone Hotel is a great place to unwind with a cold drink, an ideal place to watch and forget about the hustle and bustle while you enjoy a freshly brewed coffee or a snack from our affordable specials menu.

Is Lapstone Hotel in Blaxland your property on Tourism Bookings WA, please claim your listing and subscribe to update your contact details and receive your phone calls and emails from your clients.