Book Direct with the Owner at Alaturka Cuisine in Subiaco with Tourism Bookings WA for all your restaurant and entertainment needs.

The Ottoman Empire began in the year 1299 in Bursa, a city of modern day Turkey.

The empire spanned into Eastern Europe, the Balkans, the Middle East and North Africa for over 600 years. During this time the Ottoman Empire cuisine adopted foods from across these regions.

Turkish food, although a stand alone cuisine, has distinct influences from all these continents.

With its aromatic spices and flavoursome herbs, the foods cooked in Turkey today can be traced back to a myriad of countries from the region dating back for centuries. Ingredients such as: eggplant, bulgur rice, pilav rice, succulent lamb and meats are a big focus of Turkish cuisine. The Turks are also famous for their decadent sweets such as Tel Kadayif, Revani, Baklava, not forgetting real Turkish delight and did we mention the thick woody taste of a finely made Turkish coffee? 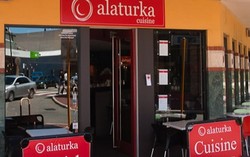 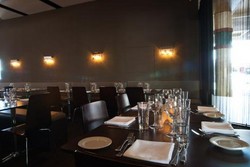 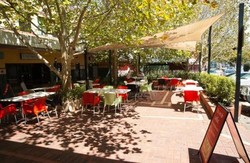 Tourism Bookings WA welcomes Alaturka Cuisine in Subiaco WA 6008, we provide a friendly relaxing restaurant and bar. Alaturka Cuisine is a great place to unwind with a cold drink, an ideal place to watch and forget about the hustle and bustle while you enjoy a freshly brewed coffee or a snack from our affordable specials menu.

Is Alaturka Cuisine in Subiaco your property on Tourism Bookings WA, please claim your listing and subscribe to update your contact details and receive your phone calls and emails from your clients.