Book Direct with the Owner at La Grillade in Crows Nest with Tourism Bookings WA for all your restaurant and entertainment needs.

Tucked away behind the graceful façade of a historic Lower North Shore terrace, La Grillade has been the unassuming gourmet retreat for the social set for almost a quarter of a Century. Freshly revamped by Rob Rubis of Manta Restaurant fame, behind the vintage oak farmhouse door is a sumptuous slice of provincial France: rustic exposed beams, an earthy combination of soft reds and greys, and service staff who grace each table with personality and charm.

“We’ve kept the name, La Grillade, as it was a bona fide Sydney institution, but we’ve restored it to its former glory,” says owner Rob Rubis, who took over the restaurant with his business partner in December 2011. “The focus is on produce-driven French grill-style food, but we’re serving it in a relaxed, comfortable atmosphere. La Grillade is anything but pompous, it’s the kind of place where lively conversation flows as freely as a beautiful glass of burgundy.

Head Chef, Nathan Jackson, has ensured La Grillade’s faultless food is the main draw card – it’s a genuine slice of France that sticks to the classics with genuine authenticity. “It's flavour-driven and well-balanced,” says Rubis. “Many of the dishes sound simple, but they have an amazingly complex flavour.” 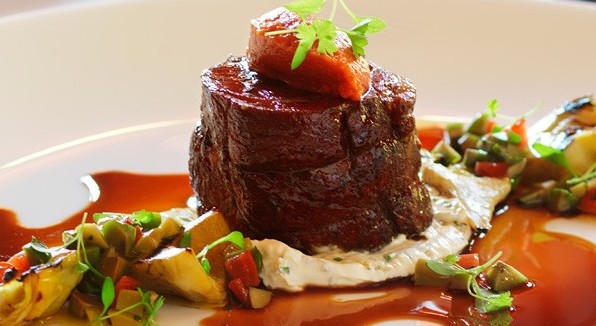 Tourism Bookings WA welcomes La Grillade in Crows Nest NSW 2065, we provide a friendly relaxing restaurant and bar. La Grillade is a great place to unwind with a cold drink, an ideal place to watch and forget about the hustle and bustle while you enjoy a freshly brewed coffee or a snack from our affordable specials menu.

Is La Grillade in Crows Nest your property on Tourism Bookings WA, please claim your listing and subscribe to update your contact details and receive your phone calls and emails from your clients.