Book Direct with the Owner at Capital Thai in Haymarket with Tourism Bookings WA for all your restaurant and entertainment needs.

Your Host, Jarun: From February 1999 to 2002, Jarun was president of the Thai Restaurant Association of NSW. Jarun continues to play an active role in the promotion of Thai cuisine and the maintenance of best industry standards. Thai food has been increasingly popular over recent years and has won a deserved place in global culinary culture. In keeping with this desirable trend and with the benefit of more than 18 years in restaurant operation, Jarun Pompanya has opened these elegant new premises near the Capitol Theater, which he has simply called Capital Thai Restaurant. 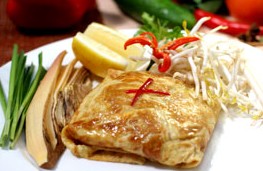 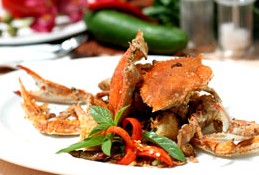 Tourism Bookings WA welcomes Capital Thai in Haymarket NSW 2000, we provide a friendly relaxing restaurant and bar. Capital Thai is a great place to unwind with a cold drink, an ideal place to watch and forget about the hustle and bustle while you enjoy a freshly brewed coffee or a snack from our affordable specials menu.

Is Capital Thai in Haymarket your property on Tourism Bookings WA, please claim your listing and subscribe to update your contact details and receive your phone calls and emails from your clients.